A flashback story when carrying out an official duty in Singapore 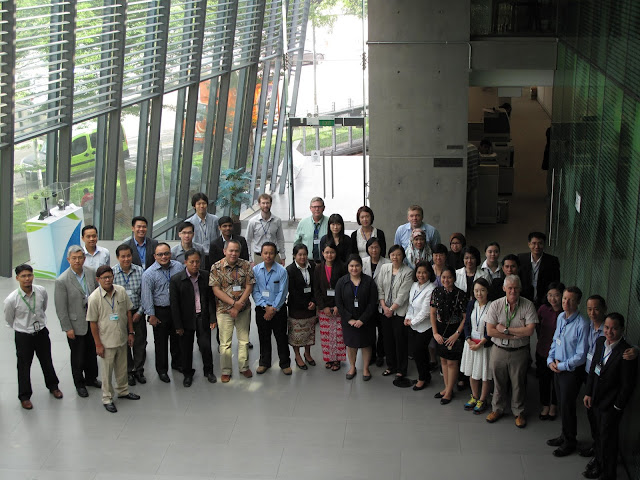 JejakBeDe.online - A flashback story when carrying out an official duty in Singapore. Twice a year an Asean Climate Forum is held, called the Asean Climate Outlook Forum or Aseancof. (Photo above credit to Raizan)

The host of the Aseancof takes turns every year, which is certainly a country among ASEAN members. The participants are climate forecasters from Asean countries.

In each Aseancof, climate and environmental experts from other continents such as Europe, America, and Australia are also invited.

When we attended the second meeting, we arrived with a different flight because I departed from Lombok. We met at Changi airport and took a sharing taxi to Concorde Hotel at Orchard Road.

The committee had booked the Concorde hotel for us.  So for four days, we stayed at the hotel with the other participant of Aseancof.

Here I share my experience attending the forum in Singapore. In Bahasa, you may check here: Tugas Negara sambil Wisata di Singapura

Back to the meeting. Aseancof activities in Singapore were divided into two sessions. The first session was a training on climate prediction modeling.

The instructors were climate experts from Korea and from America. The training was held in ERC Institute building, about 1 kilometer from Concorde Hotel.

I had made a resume based on Dr. Kim presentation in Bahasa. You may check here: BSISO sebagai salah satu mode variabilitas iklim


On the first day, after the course, we went back to the hotel by walking. We passed some of the popular venues of Singapore like The Istana, the Cathay and Plaza Singapore.


Actually, the committee kindly served a bus for us. However, we wanted to enjoy the view so we decided to walk.

The second session was a two–day presentation on climate forecast for the following 3-6 months for the Asean region. Speakers representing each Asean countries were called local experts. This second session was held at the CCRS building.

Unfortunately, I forgot to bring my glasses so the note was useless. Then I explained my contents by mixing English and "Tarzan" language. I hope the audience could reach what I said😁😁😁.

As a comparison, there were also climate prediction results from other parts of world’s climate experts. In the 2015 Aseancof, the world climate expert speakers were from America (NOAA), Korea (KMA), Japan (JMA), Australia (BOM), India (IMD) and China (CMA).

Besides climate experts, environmental practitioners and academics also attended the meeting. From Thailand, was an expert in the Thailand Department of Disaster Prevention and Mitigation, while Indonesia was represented by my colleague. He was a climate expert from IPB.

As a host, Singapore is in charge of compiling the discussion results into the 2015 Asean Climate Forum agreement. The result please check here.

Usually, the funders of the Asean climate forums are USAid through NOAA. The participants from each Asean country pointed by its NMS in their country. as for the expert usually listed by NOAA and host.

The tour arranged by ourselves. After dinner, sometimes we met accidentally with the other participants around the hotel.

In the last day, we dealt to  visit some popular place like Merlion Park. We took MRT to there.

Singapore meeting was the second training that I met Ms. Chalalai from Thailand. The first time we met in Istanbul for NOAA Training in 2014.  When met in Singapore, she brought a Thailand T-Shirt to me that I used at the picture.

Ms. Oh-eh had told to us about Nightly Laser & light show near the Merlion Park.  We showed it first before we walked around the other nice spot.

I honestly have forgotten many things, such as when we took dinner that night with the others.

I only remember about a nice Durian ice cream but I lost its picture. Because it was on the last night, it would be the farewell ice cream.

That's the story when I attended an official duty in Singapore. Some of the pictures taken from the committee documentation and from fb of Ms. Chalalai and Ms. Oh-eh.
Next article Next Post
Previous article Previous Post 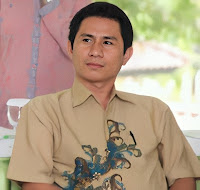